Skip to content
Dogs Love the Scent of Their Humans

Dogs Love the Scent of Their Humans 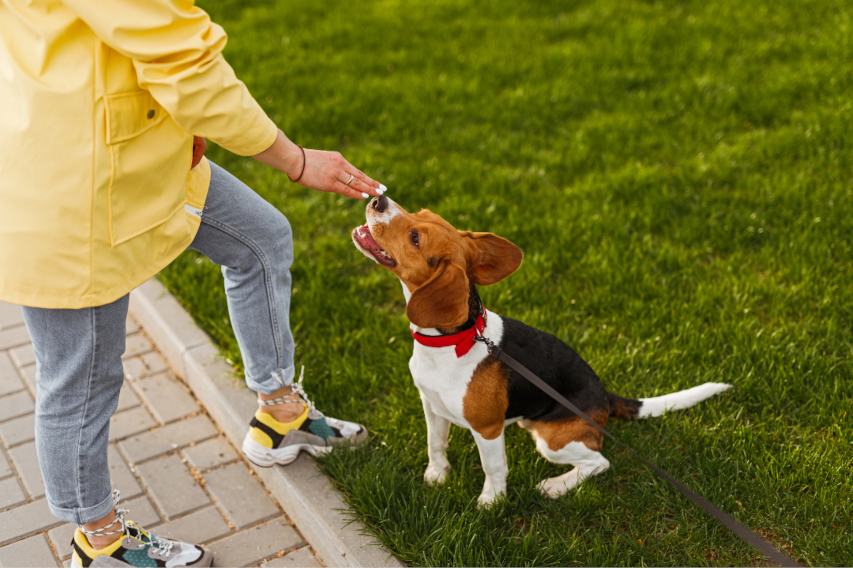 You’ve probably gotten used to the odors your dog produces at different times — their hot breath panting in your face before and after eating various things, their wet fur, the little farts they let out at the most inopportune moments.

You may not love all of these smells, but likely are accustomed to them, and might find them reassuringly familiar because your best furry friend is emitting them.

It turns out your sweet doggy with a much more powerful nose feels just the same about you, at least according to one study done at Emory University.

Twelve dogs were recruited to participate, five of whom had prior service or therapy dog training. All were pretty smart cookies, since they were able to be trained to get into an MRI machine, then keep perfectly still with their chin in a chin rest while wearing ear muffs to protect their ears from the noise from the MRI.

Each was then presented with cotton balls bearing five scents while the MRI scanned their olfactory centers and the caudate nucleus, an area located deep within the brain (we have it too) strongly linked with positive expectations and social reward.

These odors were: their own scent, that of a human family member, a dog from the same household, a human stranger and an unfamiliar canine. Though they were brought in by their owners, none of these other people or animals were at the lab, requiring the dogs to draw associations from memory.

And yes, in all 12 cases the dogs’ olfactory centers reacted to all of the scents, but their caudate nucleus lit up only when they were smelling their familiar human.

This was some of the first research done that attempted to measure whether dogs experience stronger ties with people or other canines, and their people were clearly top dog. As the study’s authors wrote, this “suggested that not only did the dogs discriminate that scent from the others, they had a positive association with it. This speaks to the power of the dog’s sense of smell, and it provides important clues about the importance of humans in dogs’ lives.”

It turned out that the service dogs were even more responsive to their familiar humans than the others, which is connected to some of the scientific motivation behind this study funded by the Office of Naval Research.

The study’s leader, neuroscientist and “How Dogs Love Us” author Gregory Berns, was at the time of the study trying to develop scientific methods for identifying which dogs would perform best as military or service dogs. Questions posed in the study include whether this extra activity in the service dogs’ brains was the result of nature, nurture or both.